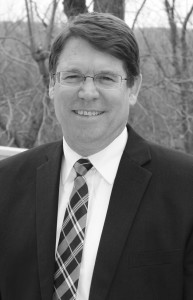 Matheny has been providing residential programs for individuals with Lesch-Nyhan Disease for more than four decades, and currently five young men and one young woman are under Matheny’s care.

Lesch-Nyhan is a rare X-linked, recessive genetic disorder associated with cognitive impairment, hyperuricemia, renal involvement and the hallmark symptom – severe self-injurious behaviors. LND is usually diagnosed in the first few months of life as a developmental delay and may be diagnosed initially as cerebral palsy. The behavioral aspects of Lesch-Nyhan, such a self-mutilation and aggressive behavior, are involuntary and not under the patient’s control. These behaviors usually begin between the ages of three and six months and often escalate as the patient ages and becomes more physically able to cause self-injury.

Treatment for LND patients should include:

• Judicious use of protective devices.

• Utilization of a behavioral technique commonly referred to as selective ignoring, with redirection of activities.

• Occasional use of medications.

The behavioral strategy that Matheny has long employed is one of selective ignoring and distraction. We have an interdisciplinary team of people who have multiple years of hands-on experience working with people with LND, and we constantly re-educate all staff in order to maintain the most consistent continuity of care around that model.

This is the first in a series of four articles on Lesch-Nyhan Disease.

This entry was posted in Uncategorized and tagged Dr. Gary Eddey, Lesch-Nyhan Disease. Bookmark the permalink.